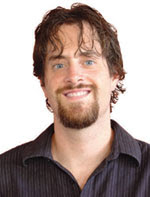 [Readers, pay attention to the information at the end of this post, for a chance to win an autographed copy of Jeffrey Leever's new book!]

When I see Allie’s heading above with the website’s name and the hearts, for whatever reason the first thing I think of is dark chocolate – and the fact that studies have shown it’s good for the heart. One of the things I like to do at my book signing events is to have some dark chocolate available at my table. Besides the enjoyment I get from occasionally eating the inventory, there is a bit of a tie-in with the title of my first book, Dark Friday. People seem to like it enough that I’ve continued the practice at events for my latest mystery novel, The University.

My palate, of course, has been telling me for many years that dark chocolate is “good.” Researchers at The Journal of the American Medical Association and elsewhere seem to agree. Apparently, small portions of the dark stuff lowers high blood pressure. The antioxidants present in dark chocolate (but not white or milk chocolate, sadly) tend to devour the kinds of destructive molecules that cause high blood pressure like a sumo wrestler at an all-you-can-eat buffet. Only sweeter.

Whenever I give people a square of Ghirardelli’s Dark or a Dark Hershey’s KISS, I always tell them, “A dark mystery novel is good for your heart, too.” I get some surprised looks on occasion. Then I talk about something that I can’t prove with a medical study but nevertheless believe: Dark mysteries that also manage to have a heart are good for the soul. They’re also a great choice (whether authored by yours truly or someone else) to give to a person who thinks they aren’t a reader, or someone who usually struggles to make it through a book.

I believe in fast-moving, heart-pumping, easy-to-get-through stories. I also believe in writing novels that include all the requisite stresses, twists, chills, and thrills of the mystery genre, but that have some real-world meaning beyond just the plots themselves. Books that can move people, occasionally leave them crying (and I don’t mean in fear), or make them want to talk through certain topics with others afterward. My favorite reviews and reader comments are when people notice this aspect and/or are surprised when I “take them there” amid all of the chaos.

My most-recent book, The University, deals with a college student who is trying to figure out why his best friend disappeared. He ends up battling a cult group. And falling in love. Meanwhile, an investigative journalist cracks an unsolved murder case from two years ago and helps a former police officer find redemption in the process.

It’s a story that’s both dark and has a good heart. Give it a try sometime if you have the chance.

* * *
JEFFREY LEEVER (www.jeffreyleever.com) is on virtual tour this week with the Omnimystery family of websites (http://jeffrey-leever.omnimystery.com) and is giving away a free copy of The University. He lives in Blue Springs, Missouri, with his wife and daughter. Like Allie, he loves pets. He owns a turtle (Frodo), a newt (Gingrich), a rabbit (Neo), and a cat who showed up in 2008 and has never left (Sebastian).

Ah, college life at Tremont University. A place for learning. Partying and dating. And murder.

When investigative journalist Kevin Gibson lets his cousin, a former cop, talk him into looking into a student's disappearance at Tremont University, he gets more than he bargained for. A former student — injured in a brutal attack two years ago and in a coma — may hold a critical piece of information that can solve the mystery. Meanwhile, an attractive coed continues to hide a very dark secret.

Tremont junior Brett Duncan is determined to find out what happened to his best friend, who's gone missing. Along with his girlfriend Ciera Kindle, Brett is drawn into a cunning world few know exist -- a conspiracy involving faculty, students, and some well-connected people in high places.

Beneath the campus’ Hallmark-card exterior lie many secrets, and a pulse-racing mystery with plenty of chills along the way.

*****
Want to win a copy of The University? Just visit Jeffrey Leever's tour page and enter this pin # (unique to Allie's Musings): 4637. Good luck, and thanks for visiting with us here today!
Posted by Allie Boniface at 12:00 AM 3 comments:

Well, I was just trying to be cute and clever with today's blog post title... :)

But really, I'm hosting author Jeffrey Leever right here TOMORROW on his blog tour, so please join me back here for a chance to find out all about his new book, The University, and have a chance to win it!
Posted by Allie Boniface at 3:23 AM No comments:

Monday's Mentionables: A YA Excerpt

I actually had a chance to do a little work on my YA novel over the weekend (amid TONS of papers to be graded, but that's another story). So I thought I'd share an excerpt. This one happens about 1/3 of the way in, when the main character, Annie (who is psychic and can hear dead people inside her head) decides to suggest a way for the girls at her new school to rein in their hard-partying boyfriends. Of course, she's just met Mr. Dreamy, which complicates things more than a little. (If you recall, this story is loosely based on the Greek play Lysistrata, and this is one of the first times it's referenced.)

Hope you enjoy it!

The whole rest of the night, I’m floating. Nothing can bother me. Not the tight knot of tension around the dinner table, not the English paper that’s due tomorrow, nothing. I think of Manuel kissing me, winding his fingers through mine, and my heart squeezes until it feels like it might burst. I haven’t been this happy in a long time. I even offer to do the dishes and haul the garbage to the curb for tomorrow’s early-morning pickup. Outside, the sun is settling into the hills, and it’s turned a little cool. I don’t care. I wrap my arms around myself and breathe in the scent of freshness. Of possibility. The leaves are beginning to turn all these burnt orange and red colors, and they’re so gorgeous they take my breath away. I stand at the end of our driveway for a while and just take it all in.

My good mood lasts until almost eleven, when Heather pops up on You’nverse. “Hey you there?” she types.

“Yeah.” I click the Print button on my computer and wait as three pages of my paper slide out. There. A pink paper clip in the upper left corner, and I’m done. Now I can curl up under the covers and dream about –

“I wanna kill myself.”

The paper falls from my hand. “What?” My fingers slip on the keys.

“Oh. What’s up?” I know she’s still upset about Bradley-and-the-prank, but it sounds like the guys are getting off pretty easy, with just a week’s suspension. The administration at school might bring in the drug dogs, or try to crack down for a while, but I’m betting everything will go back to normal after too long.

“All of them are pulling their offers.”

I stare at the computer screen. That does suck.

I sink onto my bed and pull the laptop onto my crossed legs. Kenny was right when he said What a total mess. Maybe this is more serious than I thought. I mean, the five guys who got caught during the prank don’t fall into just one social group, as far as I can tell. Bradley and Derrick are starters on the football team, but Les is a brain in the drama club, Philly’s the cool, dangerous guy with the pimped-out car, and Tom’s the stoner who makes everyone laugh. I’m beginning to find out that in a school as small as Parker’s Point, there’s a lot of crossing over.

Then my eyes fall on the stack of books on my desk. At the very top is the copy of “Lysistrata,” the play about the women who stop the war between Athens and Sparta. I read it over the weekend, when I was avoiding Manuel and Mom and pretending to escape to ancient Greece.

Now I’m wondering if those women were onto something.

“Maybe we can change things.”

All the partying, I want to say. And the ridiculous pranks. But I don’t want to come across like a total prude.

“It’ll be like a social experiment.” There. Dad would be proud of that.

Dad… The happiness in my chest from Manuel is replaced by the sting of loss.

“What r u talking about?”

“There’s this story,” I begin to explain. “Well a play actually. About a bunch of women who got their men to stop acting like idiots.”

“They refused to sleep with them until they cleaned up their acts.”

The screen stays blank for almost a minute. I wonder if Heather thinks I’m totally insane.

“No not really. But who’s gonna do it? I mean, every girl in the school?”

She raises a good point. There’s no way two hundred girls are just going to drop their boyfriends – especially if their boyfriends aren’t the ones acting like idiots in the first place. What did Lysistrata do? I pull out the play and begin flipping pages. She just kept talking to the other women until she convinced them to listen to her. I shake my head. I don’t think I have that much power here.

Then my gaze falls on the blue sheet of paper still lying on my desk. Winter Formal. Two months away.

“How about no girl goes to Winter Formal unless the guys stop partying at the Cove?”

“U said most guys spend the night drinking and puking in the bathroom. What’s so amazing about that?”

There’s another long pause. I can almost see Heather thinking it over, her face frowning and her blue eyes filling as she thinks of her super-star boyfriend reduced to a common felon.

“I’ll talk to Charise.” She has connections with the smart crowd, seniors included, ‘cause she’s taking a lot of advanced courses and electives. I cross my fingers. If we’re lucky, some of them might get a kick out of reenacting a centuries-old play. Brainiacs are like that.

“C u tomorrow? Talk more then?”

“Yeah.” I shut down the computer and return to my fantasy of kissing Manuel. This time, though, we’re in my bedroom instead of on the back porch, and his hands go to places they never went this afternoon. I pull a pillow into my arms and pretend it’s him I’m holding. Then I sit straight up. What the hell am I thinking? This brilliant idea to cut off all the guys in school includes him. No more kissing. No more walks home. Definitely no invitation to Winter Formal.

I feel like the biggest fool in town.
Posted by Allie Boniface at 12:00 AM 2 comments: