As I write this on early Friday morning, Winter Storm Nemo is bearing down on the Northeast US, threatening us here in lower NY with anywhere from 1-2 feet of snow. (Sadly, this does mean that the Hudson Valley RWA Reading scheduled for tomorrow at the Newburgh Library has been cancelled).

In anticipation of what we might get between now and tomorrow, I thought I'd post some pictures from the last time we had a big storm here, 3 years ago: 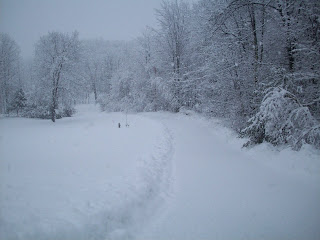 View looking down our driveway 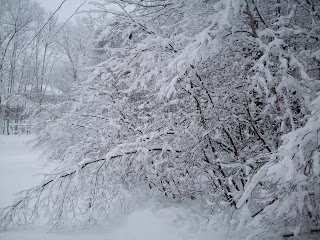 Yes, we have a few trees on and around our property! 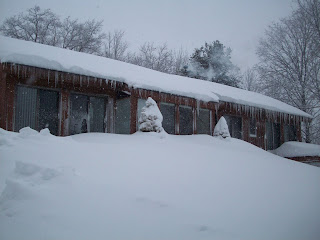 The front view of our house 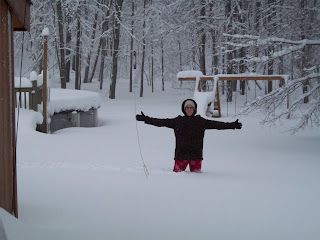 
So I'm off to batten down the hatches, after which I'll snuggle up by the fire with my laptop and do a little writing. Hey, sometimes there's nothing at all wrong with being trapped indoors :)

Be safe, everyone!
Posted by Allie Boniface at 4:47 AM No comments:

Helllloooo writers! (OK, and readers too). Today, a few links for you:

Lyrical Press is featuring several books this month at their newly revamped website store - 50% off! Click here to shop.

Speaking of Lyrical Press, they're holding their 2nd annual "How Lyrical is Your Romance?" Contest Here's more info:

The entry with highest average score will receive a $100 Advance and publishing contract with Lyrical Press, Inc. Highest-average scoring entry from each category will receive a 25-page edit and a revision letter from an acquiring editor.


Deadline to enter:
Click here for all the info!

And finally, Winning Writers is a website that has even more information on writing contests and publishing opportunities. Check out their complete site for all the details.
Happy Writing!

Posted by Allie Boniface at 12:00 AM No comments:

Monday Mentionables: A Look at the Super Bowl

Happy Monday! Here it is, the Monday after the Super Bowl, and I have to say.....what a bizarre game. Actually, I'm writing this blog post early in the third quarter, during the power outage, and I'll echo one of my Facebook friends who wrote, "Really? Football players play games in blizzards, mud, rain, but they can't play in a half-lit stadium?"

Among other things (the poor first-half performance of the 49ers, for example), what did you think of the commercials? The halftime show? Thought Beyonce did a good job of redeeming herself after lip-syncing at the Presidential Inauguration, and my favorite commercials were the Audi one (the teenager going to prom solo and kissing the prom queen) and the Best Buy one (with Amy Poehler asking the salesman if he'd read Fifty Shades of Gray to her in a sexy voice).


Speaking of football games and writing (well, I didn't yet, but this blog is by a writer about writing, so...) I wanted to remind you that my writing friend Liz Matis is part of the "Romancing the Jock" group blog, and they always have lively conversations over there, so check them out!

Also, just a reminder that Liz and I (and many more) local Hudson Valley authors will be speaking and reading at the Newburgh Library (Town/Mall Branch) this-coming Saturday, Feb. 9th, from 2-4 pm. Hope to see you there!
Posted by Allie Boniface at 12:00 AM 1 comment: